Chinese Leader, Hu Jintao, who was refused a formal state dinner by President George W. Bush in 2006 because of the communist nation’s human rights record, will receive the country’s highest honors when the Obama’s play host to a four-day state visit beginning tomorrow. 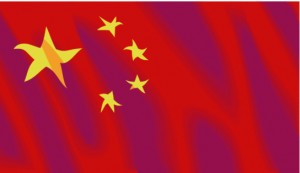 The Guardian is reporting that the White House is planning a lavish reception for Hu on Wednesday in an effort to patch up rocky relations after a year of tensions concerning currency rates, North Korea and other international issues.

The president and Mrs. Obama will greet Hu upon his arrival at the White House tomorrow, followed by a review of troops, lengthy talks, a joint press conference and a black-tie dinner.

This is in stark contrast to his reception in 2006 by President Bush who limited the visit to a luncheon, a gesture the Chinese are said to have found insulting.

The White House says it will raise the issue of human rights during the visit, but Hu warned this weekend that the two countries should “respect each other’s choice of development path.”

Some of China’s most glaring human rights abuses concern its draconian one-child only “family planning” policy which is imposed by force in many areas of the country. The communist regime restricts all freedoms, including speech, movement and religion. Few legal safeguards exist in the country and its prison system is notorious for the inhumane treatment and torture of inmates. Hundreds of Tibetans are currently languishing in this prison system for simply expressing their religious and political beliefs.

Hu will not be able to avoid the issue of its human rights record, however, as pro-Tibet supports, Uighurs, Taiwanese and other human rights groups are planning to dog him throughout his four day visit, and are planning to hold a rally and candlelit vigil outside the White House during tomorrow night’s state dinner.

Members of Congress will also focus on China’s human rights record by holding a press conference that includes two leaders from the Tiananmen Square crackdown, Chai Ling and Yang Jianli, and Harry Wu, who spent 19 years in Chinese labor camps.

Hu gave a rare interview to the U.S. media this weekend when he permitted the Washington Post and Wall Street Journal to submit questions to him to which he replied in writing.

When asked about the need for political reform in the communist nation, Hu said this must come about in order to “meet people’s growing enthusiasm for participating in political affairs” but added:  “We will define the institutions, standards and procedures for socialist democracy, expand people’s ordinary participation in political affairs at each level and in every field, mobilize and organize the people as extensively as possible, and strive for continued progress in building socialist political civilization.”

Just this weekend, he called the U.S. dollar-dominated currency system a “product of the past” and urged a move toward using the yuan as a global currency. On this very sensitive issue, Hu is offering no hint of compromise other than to say the international community should now work to “move toward the establishment of a fair, just, inclusive and well-managed international financial order” and “build a new and more equal and balanced global partnership” that would address the disparities between the developed world and poorer countries, which he called “the north and the south”.

When questioned about the country’s inaction regarding its aggressive neighbor, North Korea, Hu insisted China had “made relentless efforts” to calm tensions on the Korean peninsula and there have been signs of relaxation.

A White House briefing with national security adviser, Tom Donilon, said Obama and Hu would discuss security and political issues, such as North Korea, Iran and Sudan, as well as economic issues, is scheduled for Friday.

Because of China’s pivotal role in the global economy and foreign affairs, Hu’s visit is considered to be one of the most important of Obama’s presidency. The lavish reception planned is widely viewed as proof that Asia has now become more important to U.S. foreign relations than Europe.