Even though the odds remained stacked against them, a new study has found that more and more premature babies who are born weighing little more than a large potato are managing to survive. 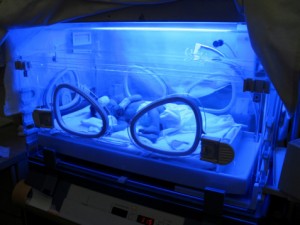 Reuters Health is reporting on the work of Dr. Edward Bell of the University of Iowa in Iowa City, who began compiling the Tiniest Babies Registry after witnessing the survival of a little girl who was born at his university weighing just 359 grams.

“When our patient survived, I began to look around to see what other tiny survivors had been reported,” Bell said in an e-mail.

With the help of his colleague, Diane Zumbach, he tracked down the records of 110 infants born between 1936 and 2010. Dubbed the Tiniest Babies Registry, the data reveals that the number of “micro preemies” who survive (babies born between 22 and 34 weeks and weighing from 260 to 397 grams) has been increasing since the early 1990s.

“By far, the vast majority of infants born alive weighing less than 400 grams are too early in pregnancy to survive,” Dr. Bell said. “A normally-grown 400-gram baby would be approximately19 weeks along in pregnancy, which is 3 to 4 weeks before reaching a level of development that allows even a chance of survival outside the womb.”

The data also revealed that girls seem to have better odds of surviving than boys. Three-quarters of the surviving infants were female, including the 10 smallest babies, the researchers report in the journal Pediatrics.

“The reason for this difference remains unclear, but the researchers guess that it might have something to do with hormones and their effects on the maturation of the lungs and other key organs,” Reuters writes. “Girls typically reach puberty at a younger age than boys, noted Bell, hinting that they might develop more quickly in utero as well.”

The study did not include information about how well the tiniest survivors did as time went on, but a separate study published in the same issue of the journal by Dr. Susan Hintz of the Stanford University School of Medicine, found a continuing high rate of developmental deficits among these children. These include blindness and cerebral palsy in babies born at less than 25 weeks gestation.

The Iowa researchers emphasize that their findings should not “falsely raise the expectations” that tiny infants will survive, let alone thrive. “Since the birth of the first survivor below 400 grams in 1936, there have been something like 10 billion babies born in the world who survived to go home with their parents, and we know of only a few more than 100 of these who weighed less than 400 grams,” said Bell.

“Undoubtedly, there are more that have not yet made it to the Registry,” he added. “In fact, I found another baby shortly after the article went to press. Patient #111 is not included in the paper, but he is the smallest boy to survive at 274 grams.”

The Tiniest Babies Registry can be found here.