I am often asked about homeopathy and whether or not this is “New Age.” The answer to this question is – yes, it’s definitely New Age, and there are some very real health concerns associated with these remedies. 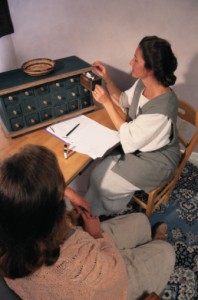 To follow are the “red flags” that were raised during my research into homeopathy.

First of all, homeopathy is referred to in the Pontifical document “Jesus Christ, the Bearer of the Water of Life” as being one of a variety of holistic health techniques connected with the New Age. (Sec. 2.2.3)

Second, the inventor of homeopathy, Samuel Hahnemann, writes about a “vital force” or “life principle” that he describes as being an energy that is prevalent in every living being, a “spiritual vital force” that animates living organisms and keeps the body working in perfect harmony. (Aphorism 9, Organon) Homeopathy claims to be correcting imbalances in the body’s “vital force” that may manifest as disease.

Third, even though homeopathic remedies are legal and can be found in drug stores, the FDA does not hold them to the same standards as other drugs and has never recognized them as being safe and effective for any medical purpose – which means they could be potentially dangerous. In fact, many homeopathic products have received FDA warning letters because of false claims, including Bio-Botanic for its Homeopathic Herpes Cream, BHI for its BHI Cold remedy and Botanical Laboratories, Inc. for BioAllers.

The only reason the FDA recognizes homeopathy at all is because a homeopathic physician who was serving as a senator in 1938 managed to have all the drugs listed in the Homeopathic Pharmacopeia of the United States recognized as drugs under the Federal Food, Drug and Cosmetic Act of 1938.

However, information recently obtained from the FDA by a physician under the Freedom of Information Act found that approval of several dozen homeopathic products was withdrawn in 1970 and no homeopathic drugs have been approved since. (see http://www.quackwatch.com/01QuackeryRelatedTopics/homeo.html )

Homeopathy (derived from the Greek words homoios (similar) and pathos (suffering or disease)) was founded by a German physician named Samuel Hahnemann (1755-1843) who was dissatisfied with the state of medicine at the time, which included bleeding, purging, cupping and excessive doses of mercury.

As previously stated, Hahnemann believed that disease was a matter of the vital force or spirit. Consistent with this philosophy is the belief that it is more important to pay attention to symptoms than to the external causes of disease. Treatment is said to be found in any substance that produces the same symptoms in a healthy individual – which is the essence of Hahnemann’s “Principle of Similars.”

According to Creighton University Medical Center’s Complimentary and Alternative Medicine website, Hahnemann and colleagues began to test various substances to determine the types of symptoms they produced.  These results suggested to Hahnemann what the drugs would be useful to treat.

“Hahnemann reasoned that doses of these substances that produced overt symptoms would be inappropriate for treatment of diseases with the same symptoms.  Thus he advocated reduction of the dose to infinitesimal levels by multiple serial dilutions of ten or hundred fold.”

He compiled these results into a book called the Organon of Rational Therapeutics which was published in 1810. The sixth edition, published in 1921, is still used today as homeopathy’s basic text. Hahnemann practiced homeopathic medicine for almost 50 years until his death in 1843.

The main problem I see with homeopathy is its basis in a universal life force which belongs to a non-Christian belief system known as pantheism.

I’m also very uncomfortable with its “non-status” with the FDA, making it a potentially dangerous substitute for persons with serious health conditions.

Do you have a question about the New Age? Send it newage@womenofgrace.com and we’ll answer it right here on this blog!